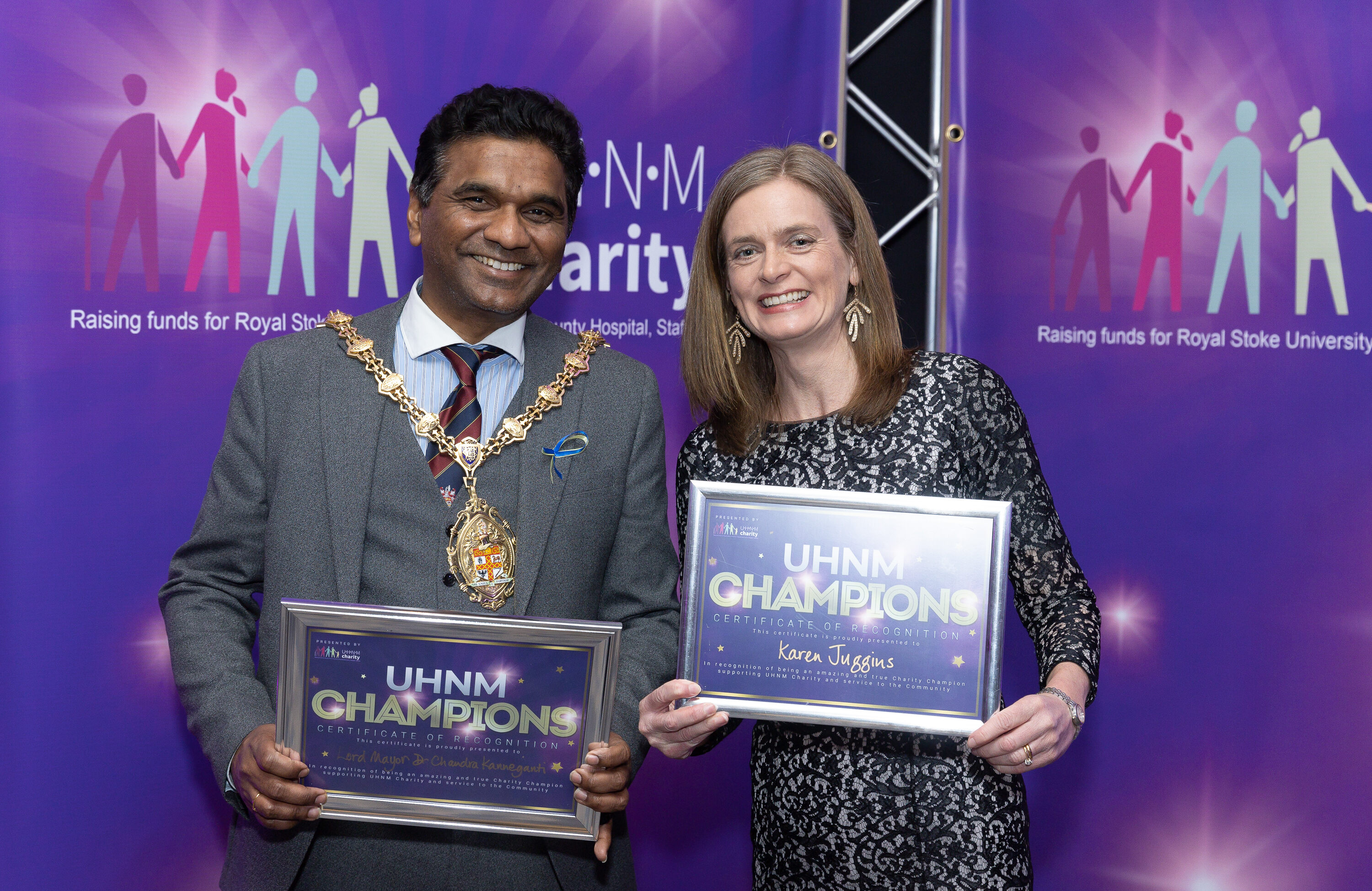 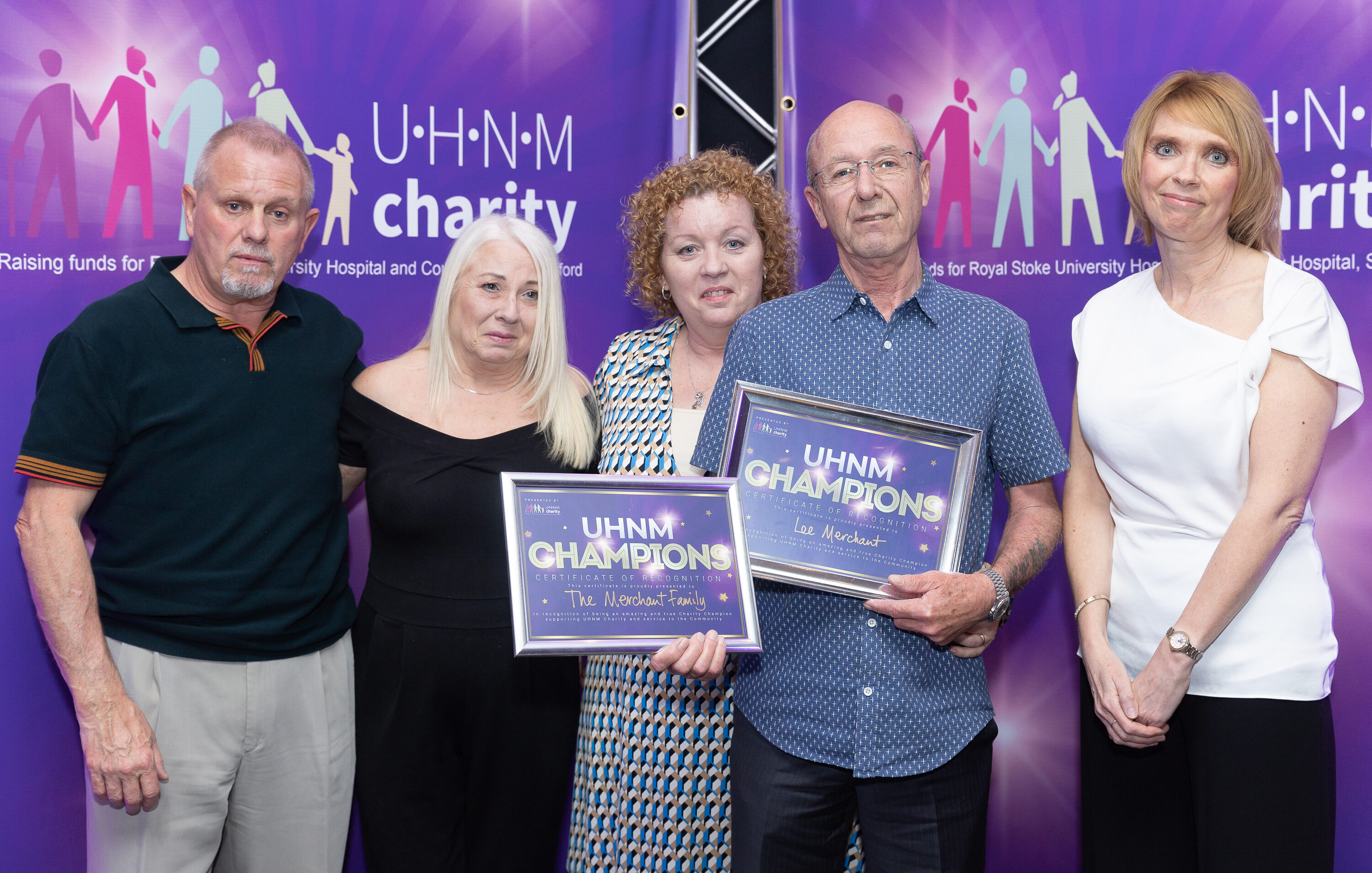 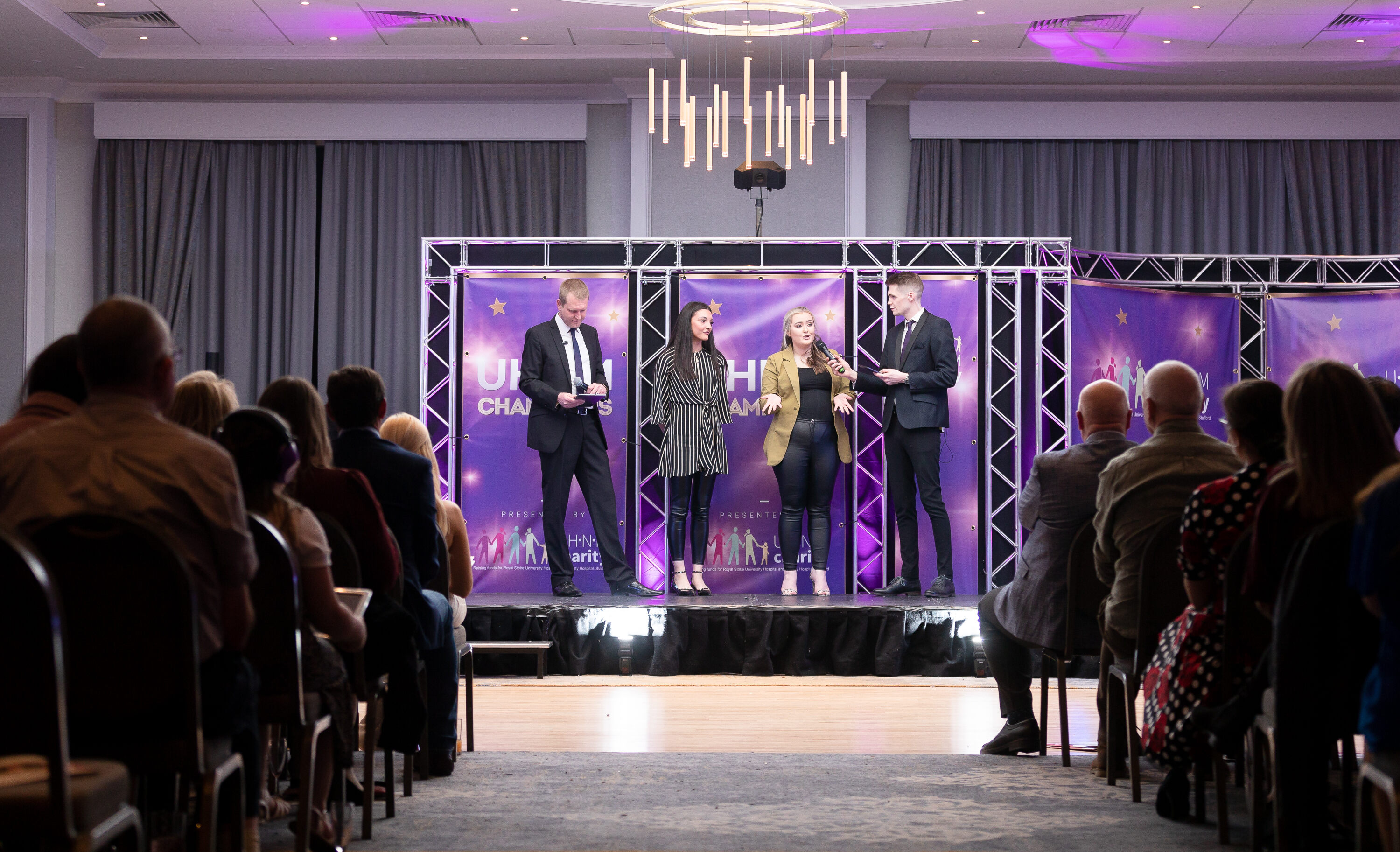 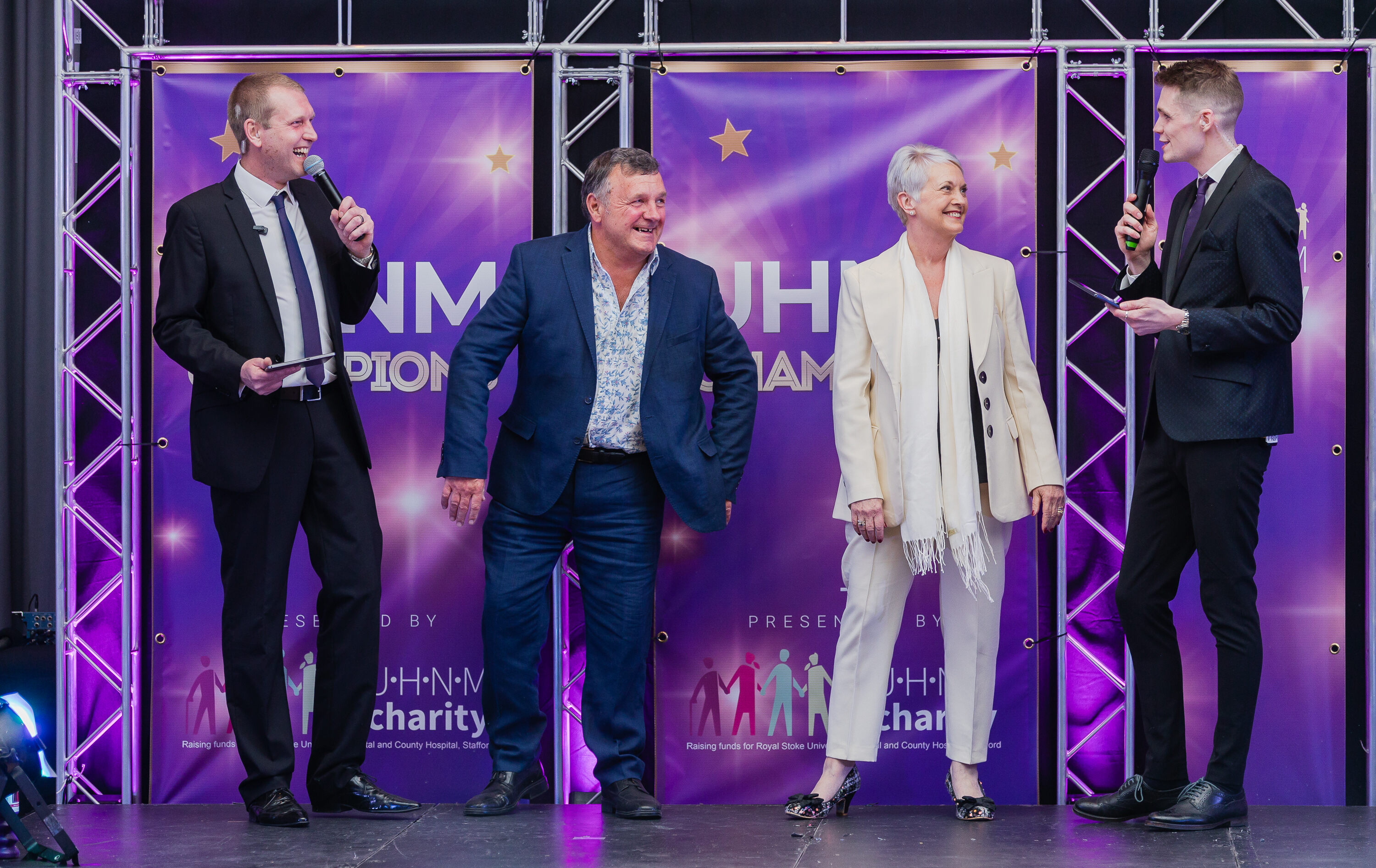 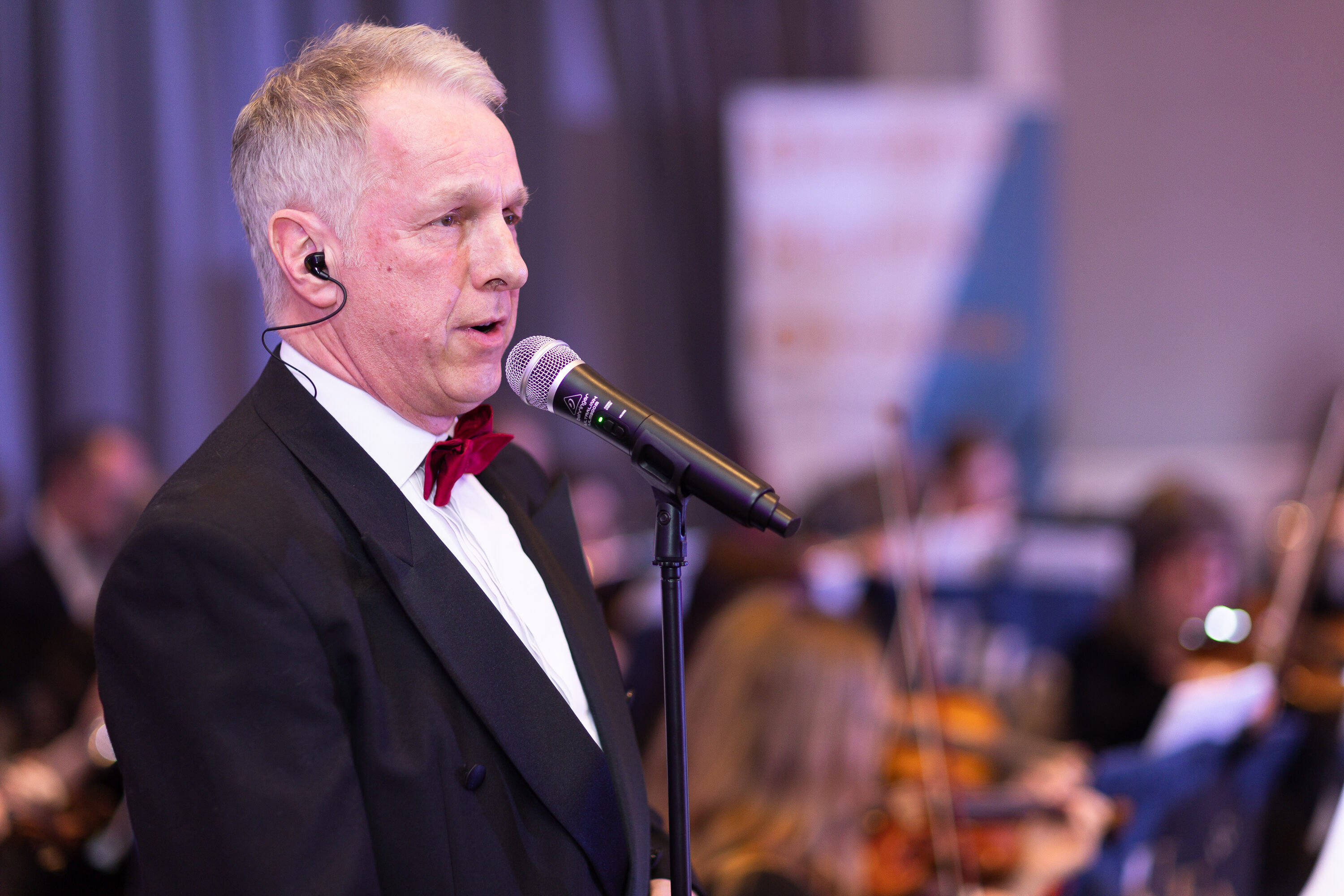 Local businesses, fundraisers and community groups were just some of the people on hand to celebrate with UHNM Charity at its first ever Charity Champions evening of celebration.

The event organised by the hospital charity was held to say thank you to those who supported it throughout the Covid-19 pandemic.

Those who made a difference to the work of UHNM Charity were invited to the Doubletree by Hilton in Stoke-on-Trent to share their inspirational stories.

On hand to join in the celebrations were members of the public who have run, cycled and fundraised to help improve the care and experience of hospital patients at UHNM.

Local businesses who had raised funds towards the charity’s work or supported UHNM staff through donations were also acknowledged for their support.

‘UHNM Charity Heroes’ were also in attendance. These are members of the public who were nominated by their friends and family for making a difference to their community.

A special thank you was given to to Dr Karen Juggins, Consultant Orthodontist at UHNM for her role in the Keep Stoke Smiling campaign and councillor Chandra Kanneganti, the Lord Mayor of Stoke-on-Trent was also present to pass on his congratulations to the night’s stars as UHNM Charity is one of his chosen charities.

Entertainment on the evening was provided by the University Hospital Orchestra made up of NHS staff, Keele University students and members of the local community.

Lisa Thomson, Director of Communications and Charity at UHNM said: “It was fantastic to to be able to thank all our supporters for their amazing generosity over the past two years. From fundraisers to local businesses, clinicians to key workers, everybody played their part in supporting the vital work of UHNM Charity during the pandemic and we wouldn’t of been able to do it without them.”